Guadix has an extensive cultural heritage that has been collected over its long history and has generated many traditions and traditional festivals of the place as well as great illustrious, influential in the history of our world characters. This section of the web portal you can find a sample of it. 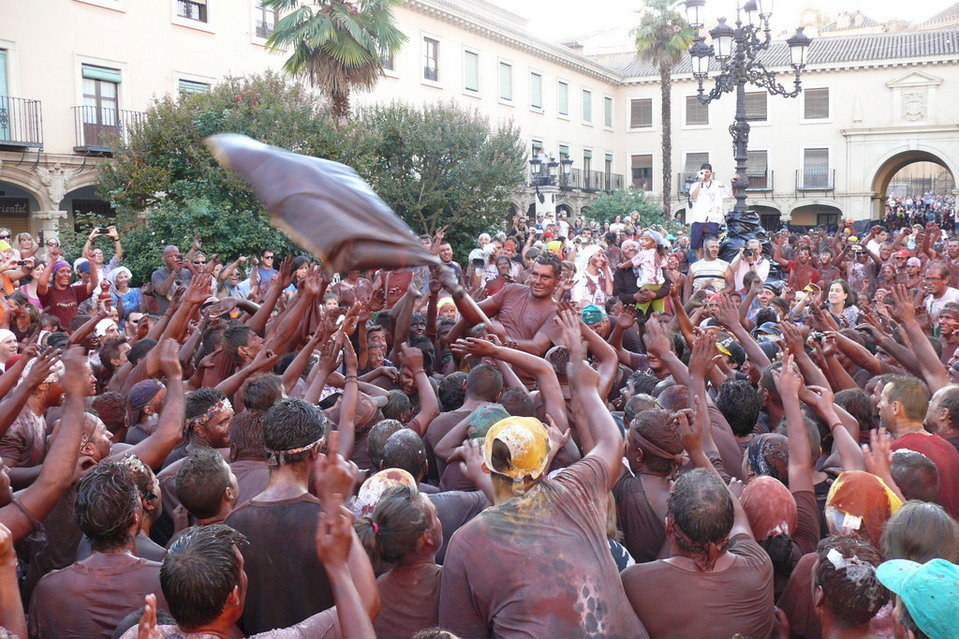 The origin of this popular tradition dates back to the late fifteenth and early sixteenth century, after the reconquest of Granada by the Catholic Monarchs. There are several versions of how it happened, but the most widespread that a neighboring farmer from the city of Guadix, Juan Pedernal, was working the land in the municipality of Baza, in the place where there was an old Mozarabic chapel, located in the suburb of Bastetano “Churra” when giving a blow hoe discovered a small image of a Virgin known ever since as the Virgin of Mercy.

This caused a small conflict between the towns of Guadix and Baza. The party Cascamorras, analyzing its origin and historical evolution, is a clear example of peaceful resolution of a conflict between two neighboring villages that share a strong religious bishopric and the Virgin of Mercy.

Five hundred years ago it was agreed that if a commissioner of the city of Guadix could enter Baza and reach the Church of the Merced without being spotted could recover the Virgin for Guadix. But since then the commissioner, this “Cascamorras” still does not get clean, ie without paint, to the Convento de la Merced. In his attempt, the bastetanos prevent it, year after year, accompanying him on his journey from the village entrance to the church staining it with black or gloss paints. “Cascamorras” return to Guadix without the precious image, so that accitanos in payment for their failure, again using paint and stain it also paints …

Everything becomes a big party for both cities.

This common intangible cultural heritage and two granadinas cities should be considered as an excellent resource in the service of sustainable development given the value itself. It represents both the collective memory of the population and a potential tourist resource for the future.

Guadix celebrates the festival in honor of the patron saint of animals, San Anton.

On the eve of the saint moved to San Anton from his parish church of San Miguel to the chapel that bears his name. Around the chapel and in every neighborhood of the city are celebrated the typical luminaries also taste typical products from the slaughter and accompanied with local wine.

The day of San Anton in procession through the streets of his neighborhood in a cart pulled by oxen and accompanied by horses and carriages. It is customary to nine laps to the shrine of the saint on foot, horseback or mule or donkey thus receiving protection. In the afternoon again returns to his church. 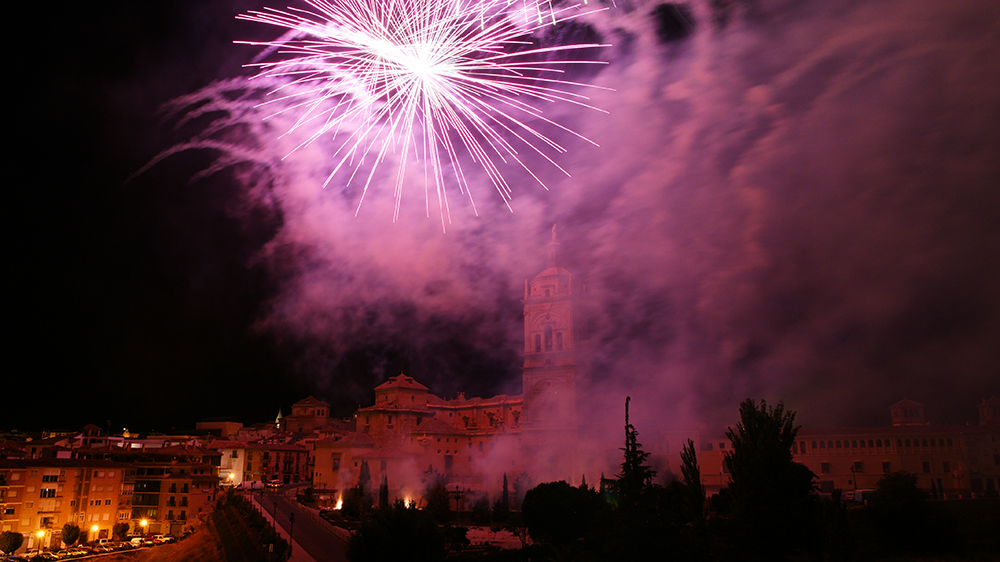 For thousands of years, the basin of Guadix is ​​the most important trading and commercial center of southeast Hispanic, favored by the natural crossroads and melting pot of cultures that occurred in one of the most splendid land.

Today Guadix celebrates its festival in the first week of September. Its main purpose is fun and to do various activities in which people of all ages participate and have fun during these holidays are scheduled. To highlight the rise in recent years is having the “Fair noon”, largely thanks to the booths set up at the fairgrounds and throughout the city. In them you can enjoy the typical dishes of the land and all in a festive atmosphere when tested for the first time is hard not to repeat it again.

Noteworthy is the extraordinary music and fireworks show that ends the holidays and whose unique background the Cathedral of Guadix. 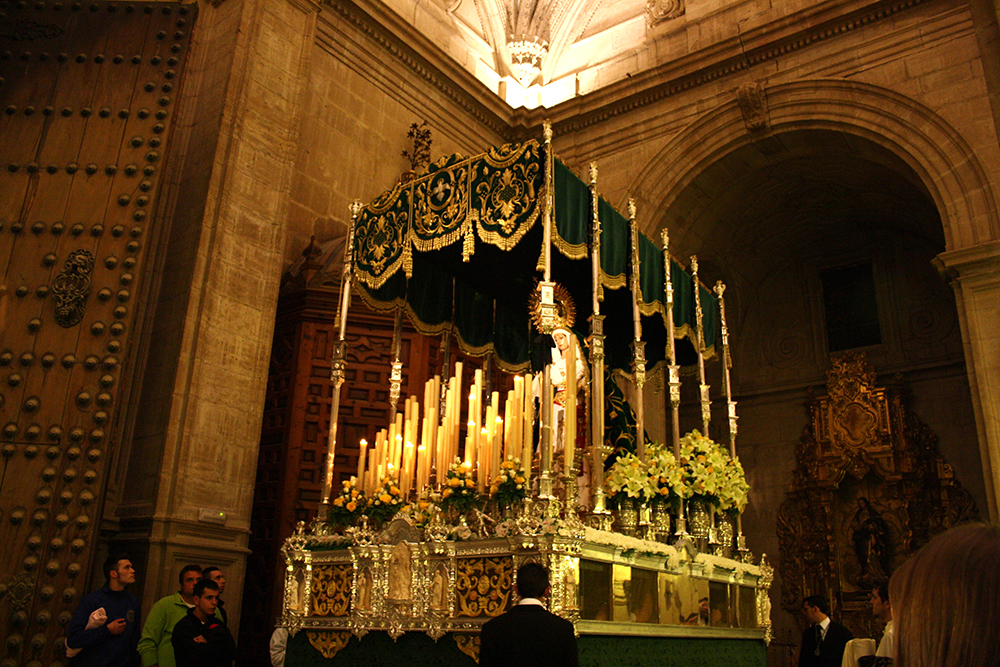 Centenaria and emotional, Guadix Easter is an expression, the way they are expressed, generation after generation, thousands of accitanos and accitanas with each new spring.

Anchored in time, with the taste sepia photo never forgotten those celebrations early last century, the manifestation of the brotherhoods is a proposal that reached its peak between March and April, but outdoes the previous calendar time dating and calls for relevant as varied as nature. But it will be in those days, when tradition merges with faith, the moment of greatest plastic and sensitivity is manifest; Fifteen brotherhoods, brotherhoods that as the streets and squares are cast from each Palm Sunday to Easter, and heap up the precious good of the altruistic, the free and genuine.

Every moment, every moment is a rich bite the palate of the senses, but Guadix is ​​Guadix when the Christ of Mercy is lowered from the caves between the sound of the prayers, the darkness of the night in full absence of streetlights and the warm atmosphere that reaches the city when the kasbah catches sight of the procession torches and lights battlements; the silence is broken by the arrows in the square of Santiago and resonate the metallic timbre of the trumpet. That square, the Renaissance presiding Palace Peñaflor, is impassive witnessed the passage of the Nazarene and Nazarene, waitresses and acolytes, of Christs and Virgins, mysteries and entourages that go or come from the cathedral headquarters, but Guadix is ​​itself tradition when, every Good Friday are in it the Crucified, the Dolorosa and San Juan; will be three such emotion noon and only have a few hours to catch his breath before in San Miguel, Soledad attend the meeting with the Sepulchre in the final and overwhelming feeling that something is running out.

Risen Christ will come from the cemetery to end a week of steps with rigor and silence, and others with restrained excitement in a few days, like everything else, we will go from tears to joy without interruption. 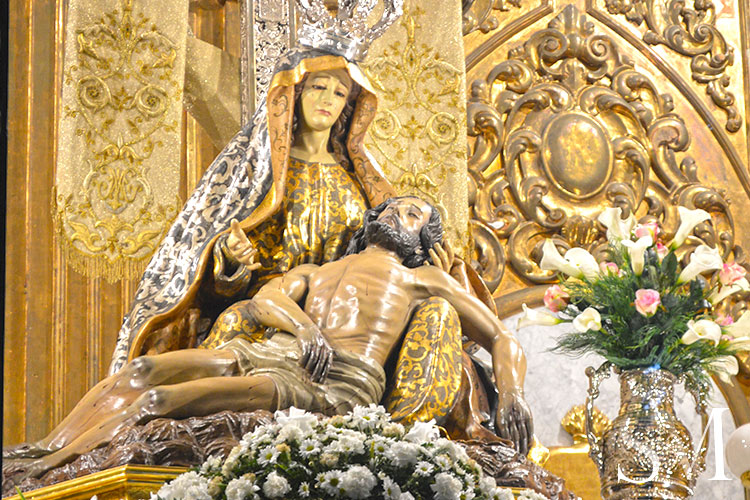 The feast of the patron saint of the city of Guadix the second Sunday of November is celebrated. Last Sunday the image of the Virgin moved from the Temple of San Diego, to the cathedral. During the week takes place in the cathedral a septenary, with great popular participation. The day of the festival one solemn pontifical presided over by the bishop of the diocese celebrated. In the afternoon, the patron accitana travel in procession the main streets and squares of the city, returning to his temple again. 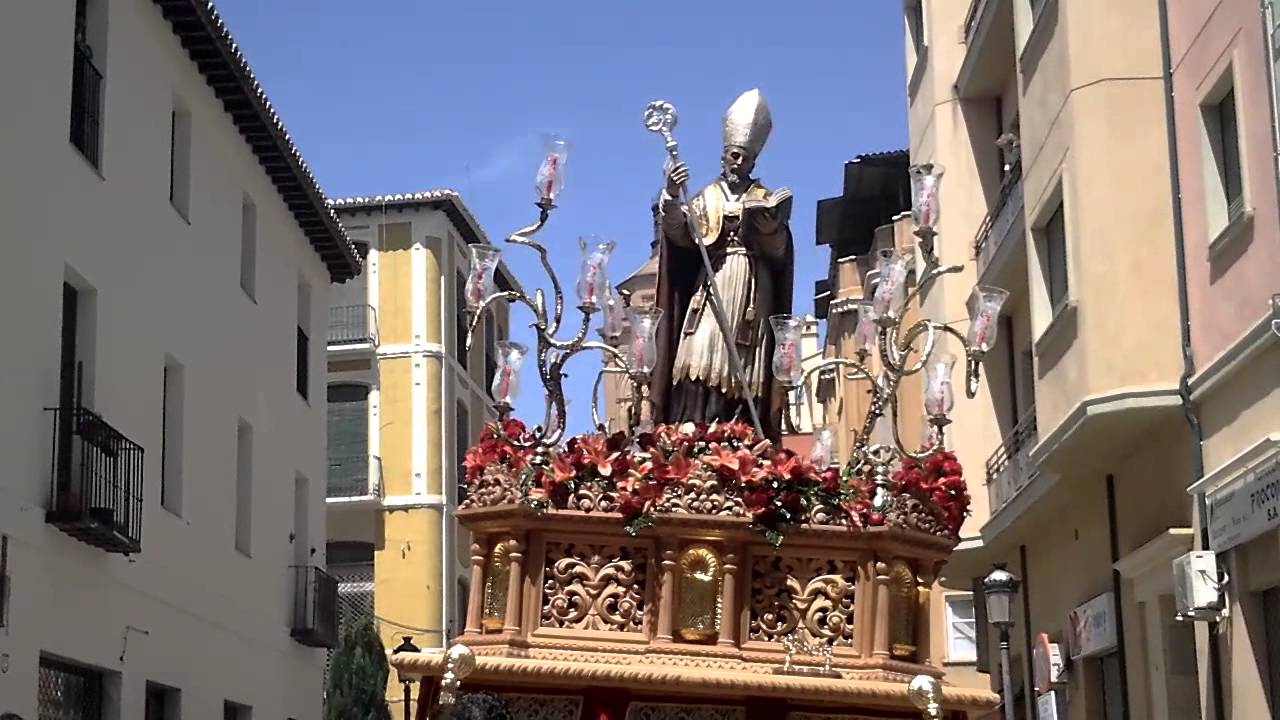 Celebration of a pontifical Mass presided over by Bishop. the saint’s relics are removed by the city, apart from other activities, beans and typical cakes are distributed in the Plaza de las Palomas.

San Torcuato was the first bishop of Guadix, the first of the seven Apostolic Men to the evangelization of Spain is attributed in the first century
Guadix main pattern and the Diocese. According to the Hispanic tradition, collecting the Mozarabs calendars, seven disciples of St. James: Torcuato, Second, Indalecio, Tesifonte, Eufrasio, Cecilio and Hesiquio, were sent by St. Peter and Paul to evangelize Spain.

Cathedral of Guadix preserves a total of three relics of San Torcuato. The holy arm blessing the accitanos each May 15, the jaw that was brought to the church of San Torcuato (Hospital) and a third and little known to not be exposed to the veneration of the faithful called the calcaneus.